In Eddie’s War, Curtis Ray smokes cigarettes, and all the boys are familiar with the radio ads for cigarettes. Do you think the cigarette company then really believed that Camels were safe to smoke? Why do you think they came up with the campaign that featured doctors?

This is the Hindenberg, which caught fire and “fell out of the sky” in May 1937. You can find a video of the accident online. Would Eddie have been able to see video coverage of the event? How? Much of what we see on TV and hear on the radio is taped, but in Eddie’s time most radio shows and news were broadcast live. As it happened, however, this landing of the Hindenburg was filmed and photographed and recorded for radio. Eddie might have seen a newsreel of the accident when he went to the movies. This modern DVD cover shows posters from two different movies of Dr. Jekyll and Mr. Hyde, one from 1932 and one from 1941. Both movies were based on a book written in 1886 by Robert Louis Stevenson. That book has been adapted into film over a hundred times. Why do you think this story is so popular among filmmakers? 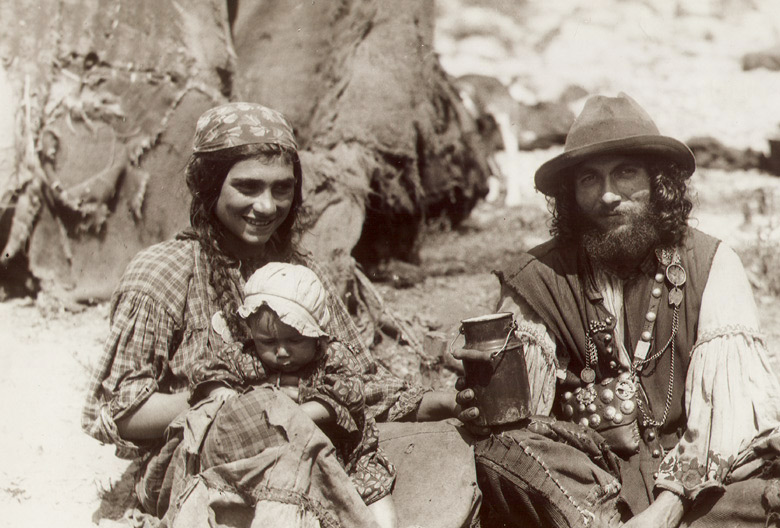 The Roma people from Poland are called Gypsies by the characters in the novel. Do you think Roma really lived in central Illinois during World War II? How could you find out? Although the Roma are known as constant travelers, in Eddie’s War Jozef is from a region of Poland where they settled in communities. This is the kind of typewriter Eddie learned to type on. The only way to correct a mistake was to erase it with a special kind of eraser, which often tore the paper. To make a copy, a typist could use two sheets of paper with a thin piece of carbon paper in between. Investigate the history of the typewriter up through the invention of the personal computer and think about how the changes affected typists at work and at school.